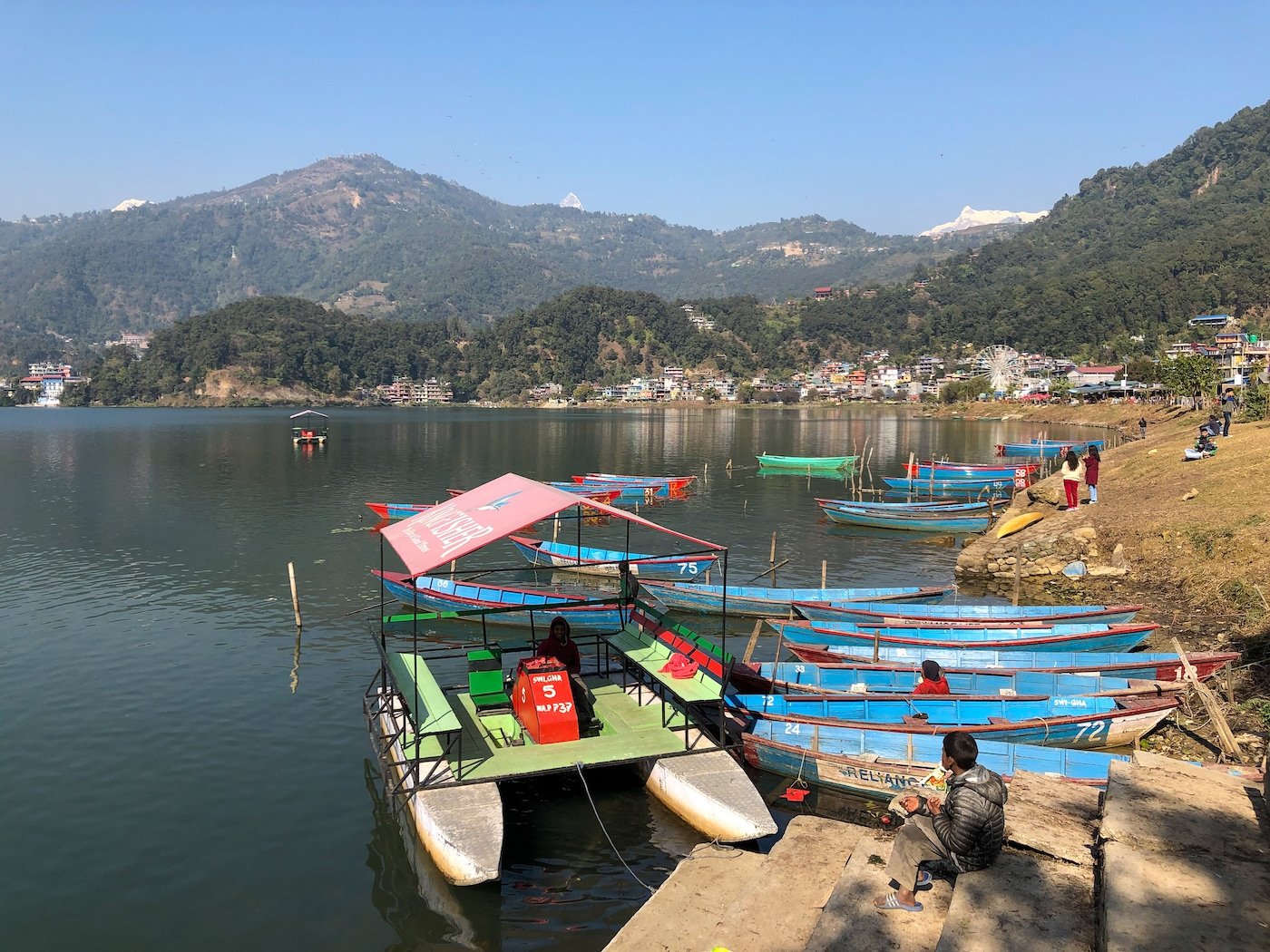 Things To Do In Pokhara Nepal

Things to do in Pokhara Nepal

Pokhara is the second largest city in Nepal, it’s the capital of Gandaki Pradesh, and there are tons of things to do in Pokhara. Pokhara is also the gateway to the Annapurna Conservation Area and thus the Annapurna Range. Trekkers who want to hike to Annapurna Base Camp usually hop a Kathmandu to Pokhara flight, and then set off on their way. In our case, we did a Ghorepani Poon Hill trek with a baby, our 8-month-old son P, and we too flew from Kathmandu to Pokhara to begin our trek.

While there are plenty of places to explore outside of Pokhara, do not make the mistake of skipping over this mellow yet engaging city. It is easy to spend at least a week here, and we nearly did just that.

Below are going to share with you some of the things to do in Pokhara, and more specifically in Lakeside. We have listed them from our most to least favorite things to do, but don’t take our word for it. Check them out on your own, and then let us know what you think. Also we realize that you may have some things to add to this list, so if you do, or if you have any comments/questions, just leave us a message below, and we’ll get back to you!

Established in 1960, one year after China invaded and occupied Tibet, the Jawalakhel Handicraft Center employs over 500 Tibetans who are either refugees themselves or who are children of former refugees. Moreover, they are all skilled in one or more facets of the carpet weaving production process ranging from wool sorting, hand brushing, spinning yarn, dyeing, ball winding, weaving, trimming and finishing carpets.

Thus, they have a large carpet showroom filled with their beautiful hand woven wool carpets.

When we visited the Jawalakhel Handicraft Center, not only were we moved by the fact that so many of the refugees have made the best of a very tough life situation, but we were also moved by the rich Tibetan cultural heritage in which we were immersed. All of the proceeds from their carpet sales benefit the refugee community, so we highly recommend you add this to your own list of things to do in Pokhara.

Who doesn’t like peace? We certainly do! In addition, we like hiking, so when we heard that we can hike up a mountain to reach the Pokhara Peace Pagoda, we were totally in. As and aside, there are 80 peace pagodas worldwide, so if you really like this one, you might want to check out some of the others. Nevertheless, this was another one of our top things to do.

Either way, this is a classic thing to do in Pokhara, and we quite enjoyed our time out on the water. We hired a boat and a rower to take us across the lake to the base of the Peace Pagoda, and then we began our hike from the spot at which the boat let us off. The combo of the boat ride and the hike up to the pagoda was really nice.

If you are in Pokhara, and if you like good food, be careful, the Juicery Cafe is addictively delicious. And who says eating at a restaurant can’t be on a list of things to do? We ate here 4 times, and we still couldn’t get enough. One of the things that made us most sad when we left was the fact that we would no longer be able to frequent The Juicery Cafe.

This farm-to-table, vegetarian/vegan cafe serves dishes that are akin to ones you’d get in a fancy vegan restaurant. Their homemade sourdough is to die for, and their Buddha bows and smoothie bowls are amazing. However, the chill hipster vibe of the open-air cafe as well as the reasonable prices effectively banish any of the pretentiousness that is so often found in fancy vegan cafes/restaurants.

Out back, right on the lake, you can chill on a cushion on their elevated platform eating area or sit at one of their tables, but whatever you do, eat at The Juicery Cafe. You will thank us for this recommendation, we promise.

Eat At The Thakali Kitchen

Second only to The Juicery is the Thakali Kitchen. If you’ve never had a thali, it’s essentially a sampling platter. One of our favorite parts is that you can get free refills (within reason) for any of the dishes on your plate. Want a bit more rice? No problem. Dal? Certainly. Go here hungry, and plan to leave stuffed and satisfied. We ate here three times, and again, we were sad to leave it behind when we left Pokhara.

Walking around Phewa Lake is one of the most classic things to do in Pokhara. We walked around the lake a few times, and we discovered that our favorite time was in the early afternoon when the sun was out and it was pleasantly warm. However, check it out for yourself, and find your favorite time to enjoy this mellow lake side walk.

On a similar note as walking around Phewa Lake, we recommend you take a stroll, in just about any direction, through any of the neighborhoods around Lakeside, Pokhara. The main reason we suggest you do this is because we found it interesting to get out of the more touristy areas and see how the more everyday parts of Pokhara look and feel. Also, we suggest you do this because with the Annapurna Range perpetually in the background, even what would normally feel like a mundane street suddenly feels majestic in a way that only the Himalayas can conjure up.

Go Paragliding Or Watch Them Land

We didn’t go paragliding, but we did watch a bunch of paragliders land right along Phewa Lake. Of all the things to do in Pokhara this is probably one of the easiest and cheapest (it’s completely free). You can watch for a short while, or if you’re keen to make it into an outing, pack a picnic lunch, bring a blanket, and stake out a spot. Just make sure you’re not in the paragliders’ way. If you are inclined to actually try paragliding, there are a number of shops that can help you organize such an experience.

Get A Haircut And Shave

This isn’t one of the typical things to do in Pokhara, but if you are in the market for a haircut and/or a shave, there are barbershops all over Lakeside. For a fraction of the price of what I would have paid back home in Hong Kong, I indulged myself. I even requested a facial massage, and got an (unexpected) upper body massage from the barber as well.

As part of our stroll through some Pokhara neighborhoods, we wandered through Pokhara’s Old Market. While we did notice some of the 17th century Newari brick houses in this area, we didn’t find much to really do in this area.

We’d say that if you check out Pokhara’s Old Market en route to something else, it’d be worth your time, but don’t make this a destination in and of itself.

We didn’t actually go to Pokhara Disneyland, but we did take a picture outside. If you dare to ride the very rusty rides, let us know how it goes.

While Devi’s Falls is apparently spectacular in Nepal’s wet season, when we visited in December, the falls were more of a trickle. While viewing this underground waterfall is often mentioned as one of the things to do in Pokhara, we’d actually recommend you skip it if you’re not here in the wet season.

Check Out The Pokhara Street Festival (New Year’s Only)

We put this one at the bottom not because it’s our least favorite, but because we don’t want to get your hopes up if you’re looking for things to do in Pokhara and you’re not here during New Year’s. Put more simply, the Pokhara Street Festival only happens the three days leading up to New Year’s, but if you are here at this time, definitely check out some of the festivities.

From pig roasts, to countless food vendors selling tasty treats right on the street to traditional Nepalese singing and dancing performances, this street festival has a lively and exciting atmosphere that you won’t want to miss.

Pokhara is a worthy destination for at least a few days. If you really want to get into it’s nooks and crannies, you could spend quite a lot of time here. We even met a few folks who had planned to stay for only a few days and ended up staying a few months. However long you stay, don’t underestimate Pokhara. Once you’ve had your fill however, consider doing a Ghorepani Poon Hill trek, or maybe even a trek to Annapurna Base Camp!

If you have any questions or comments about all of this, feel free to leave them below, and we’ll get back to you as soon as we can. 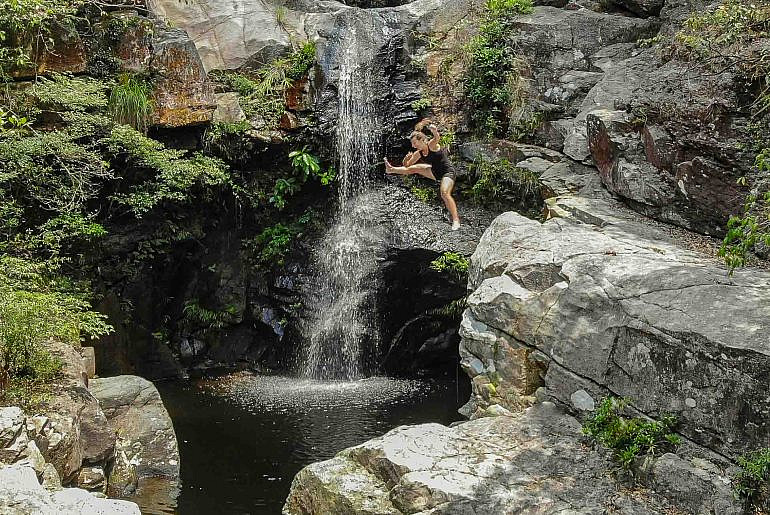 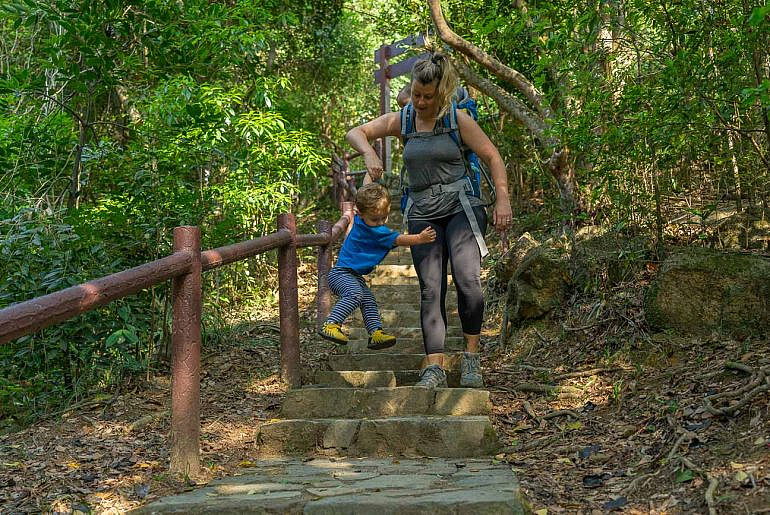 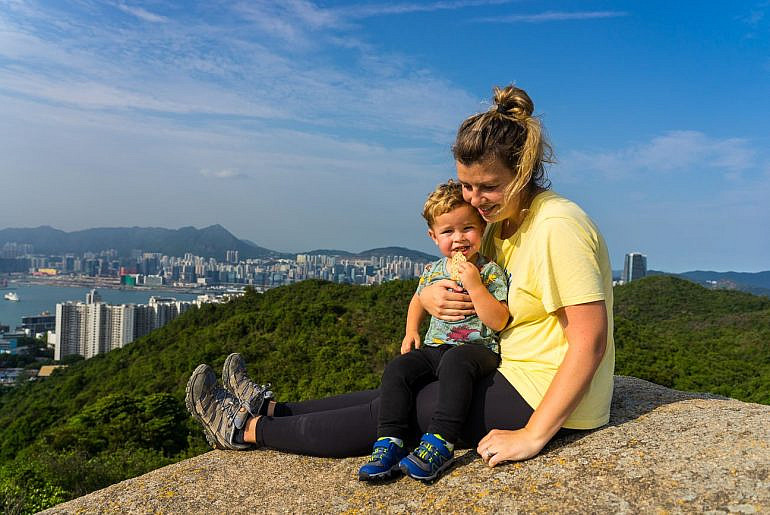 Toddler Hiking Shoes – How To Choose The Right Pair